Please forgive the long overdue post! This was sent to supporters on March 20, 2015 and we never got around to posting it on this blog. Thank you to all who are inspired by the struggle. To stay in touch with the organizations who ought the gang injunctions, please email CROakland@criticalresistance.org or check out the Community Allies page and click on the organization you’d like to check out.

We write to you with great news: after 6 years, Stop the Injunctions Coalition have won a full victory against the use of racist and anti-youth gang injunctions in Oakland! Oakland is the first city in the country to admit defeat on all fronts, dismiss the cases in court, and drop gang injunctions from their toolbox of repressive policing schemes. This victory reminds us that wins—large and small—are within our reach, and that it pays off in the long-term to demand what we want, rather than what those in power say we are worthy of receiving.

From 2010-2012, Stop the Injunctions Coalition fought tooth and nail to halt the use of racist and anti-youth gang injunctions implemented by the City of Oakland. We knew that what our communities needed was affordable housing and stable employment, an end to deportations, accessible and safe youth centers and meaningful education. Gang injunctions, as proven in other cities, would bring displacement and further criminalization for Black and Brown communities and ultimately lock more of our people up.

The Stop the Injunctions Coalition (STIC) built a three-pronged strategy consisting of grassroots community organizing, sharp media messaging, and legal support to fight the two temporary North Oakland and Fruitvale gang injunctions. We grounded the struggle in an anti-policing framework and sought to lift up the voices of Oaklanders most affected by gang injunctions: those named, their families, neighbors and friends. 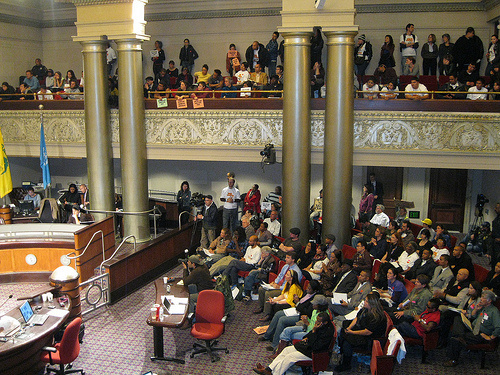 Week after week, we mobilized hundreds of people to City Council meetings where countless community members fiercefully challenged those in power in sessions that would run past midnight. We let the City Council, the Oakland Police Department, and the City Attorney know that Oakland didn’t need and didn’t want gang injunctions and that we had our own solutions to 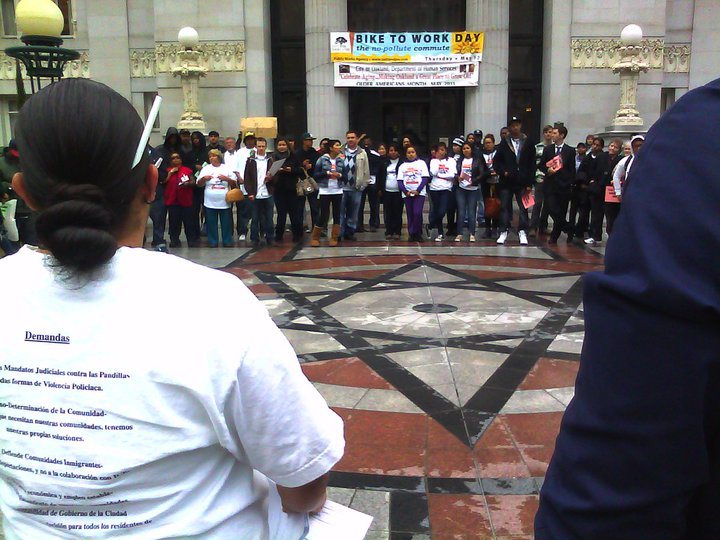 creating strong, healthy and safe communities without cops. Over and over we advocated that City resources go to restorative justice, education and community programs that many of us have consistently been building in Oakland.

This tenacity paid off. In May 2012, we claimed a real people’s victory when the Council limited the number of gang injunctions in Oakland to 2 temporary ones (as opposed to the 10 the City Attorney originally proposed) and removed all the “John Does” from the lists, effectively preventing OPD from naming any further individuals to either injunction. Our community pressure prevented Oakland from enforcing or expanding the injunctions, because we made them too controversial and revealed their harmful impacts on our neighborhoods.

And yet, the legal battle continued to get the existing North Oakland and Fruitvale injunctions dismissed. For the last 3 years, despite the fact that OPD has moved on to other policing schemes and hasn’t been enforcing the injunctions, the city refused to relieve the 65 people targeted by the injunctions and spent millions of dollars and hundreds of hours on continued litigation. Until this month!  Finally, on March 5, 2015, the City Attorney officially dropped both injunctions from the books. At last, the Oaklanders who were targeted got relief from this repressive police pressure, and they got to celebrate with their loved ones and communities. 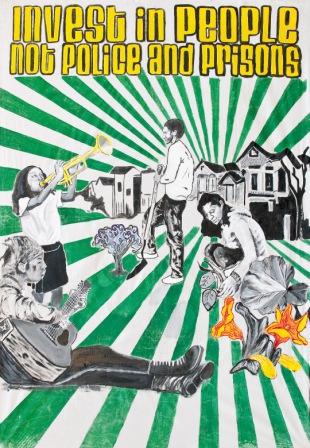 Our work together inspired people targeted by the injunctions to become powerful organizers; it unified Black and Brown communities across the entire city in a common struggle, and drew us together to forge stronger bonds. This is what a campaign in the struggle to abolish the Prison Industrial Complex looks like. It’s long and requires patience, resolve and discipline. Sometimes campaigns, like the one to stop the injunctions, take 6 years to win and need to be sustained over the long haul.

Thank you so much for your support. Onward!